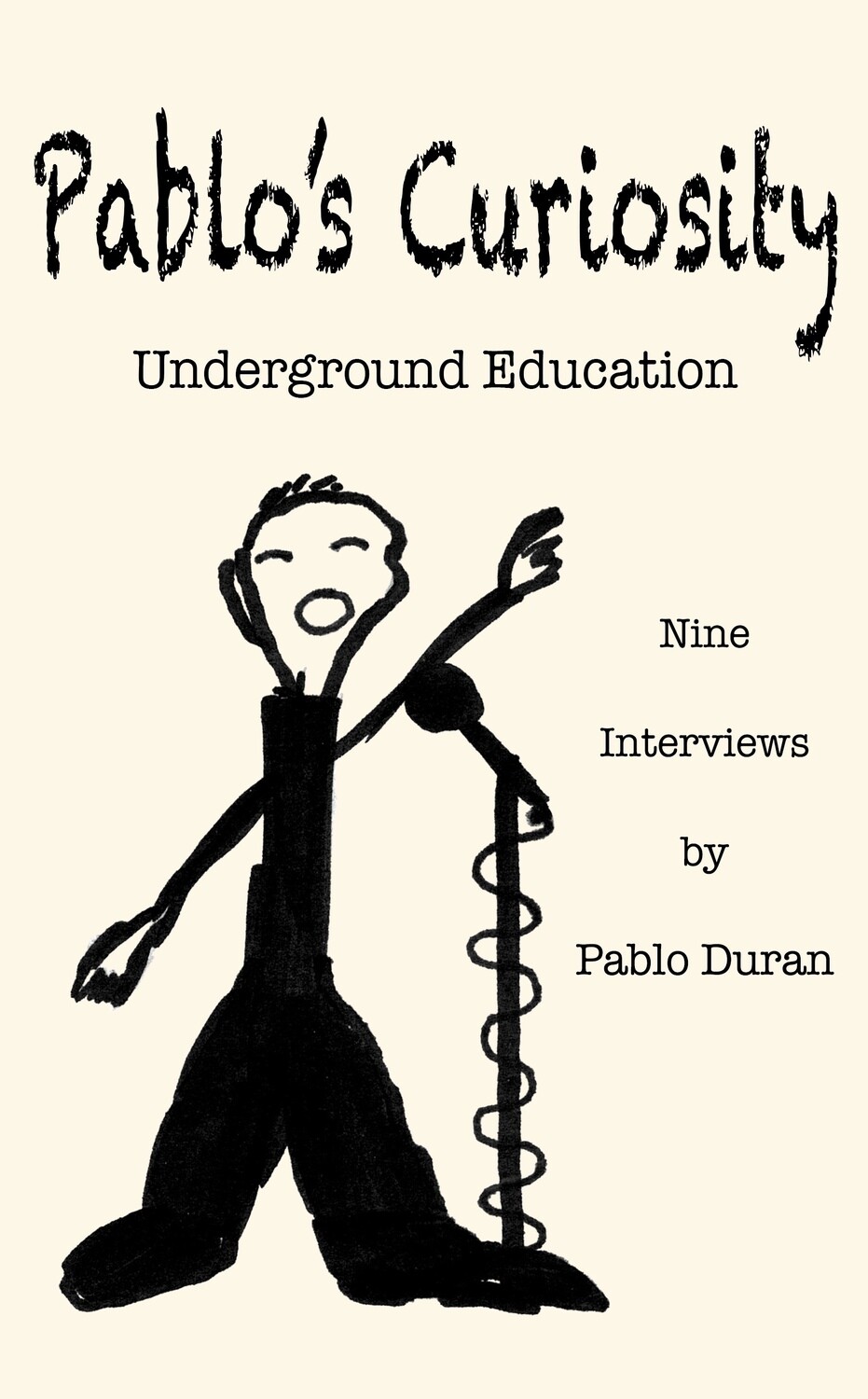 "Pablo’s Curiosity-Underground Education" includes interviews with musicians and artists like Kraftwerk founder Ralf Hütter, guitarist Johnny Marr, Blues legend Otis Rush. Between December 2000 and October 2003, Duran explored various themes and ideas sometimes overlooked in textbooks and the music press. Thoughts on creativity, individuality, and the then nascent digital world are discussed in a riveting manner. Lacking any formal journalism training at the time, Duran relied on his instincts, making for extremely candid, revealing and unique conversations.

Each interview is preceded by additional notes providing context to every dialogue, followed by last reflections. Working at college radio helped gain access, when that failed, the job was seen through rather alternative means. Whether it was staking out a venue to personally request an interview from an artist to waiting in the wee hours at an afterhours club for a meeting to materialize, this book gives a rare first-hand account on what happens before and after pressing the record button, providing an adventurous cultural snapshot of the musical landscape at the dawn of the 2000s.

About the Author Pablo Duran

Pablo Duran was born in Montreal in 1981. He discovered his knack for writing while studying Communications Management at McGill University. His passion for music has led him to play many roles within the industry, including work as a radio DJ, promoter and music director.

Additionally, as a musician, he’s played the Warped Tour, performed with Prince Paul and David J (Bauhaus/Love and Rockets), and worked with Paul Q. Kolderie and Sean Slade (Radiohead, Pixies, The Dresden Dolls).

He began conducting interviews in 2000. He lives in Montreal.

Some answers can be found in a classroom.
Others…

At the dawn of the 2000s, Pablo Duran embarks on a journey in search for knowledge he can’t find at school in Montreal.

In conversation with artists he deeply respects–for the first time in print–Pablo’s interviews capture fascinating observations on creativity, collaboration, and individuality with singular charm and wit.