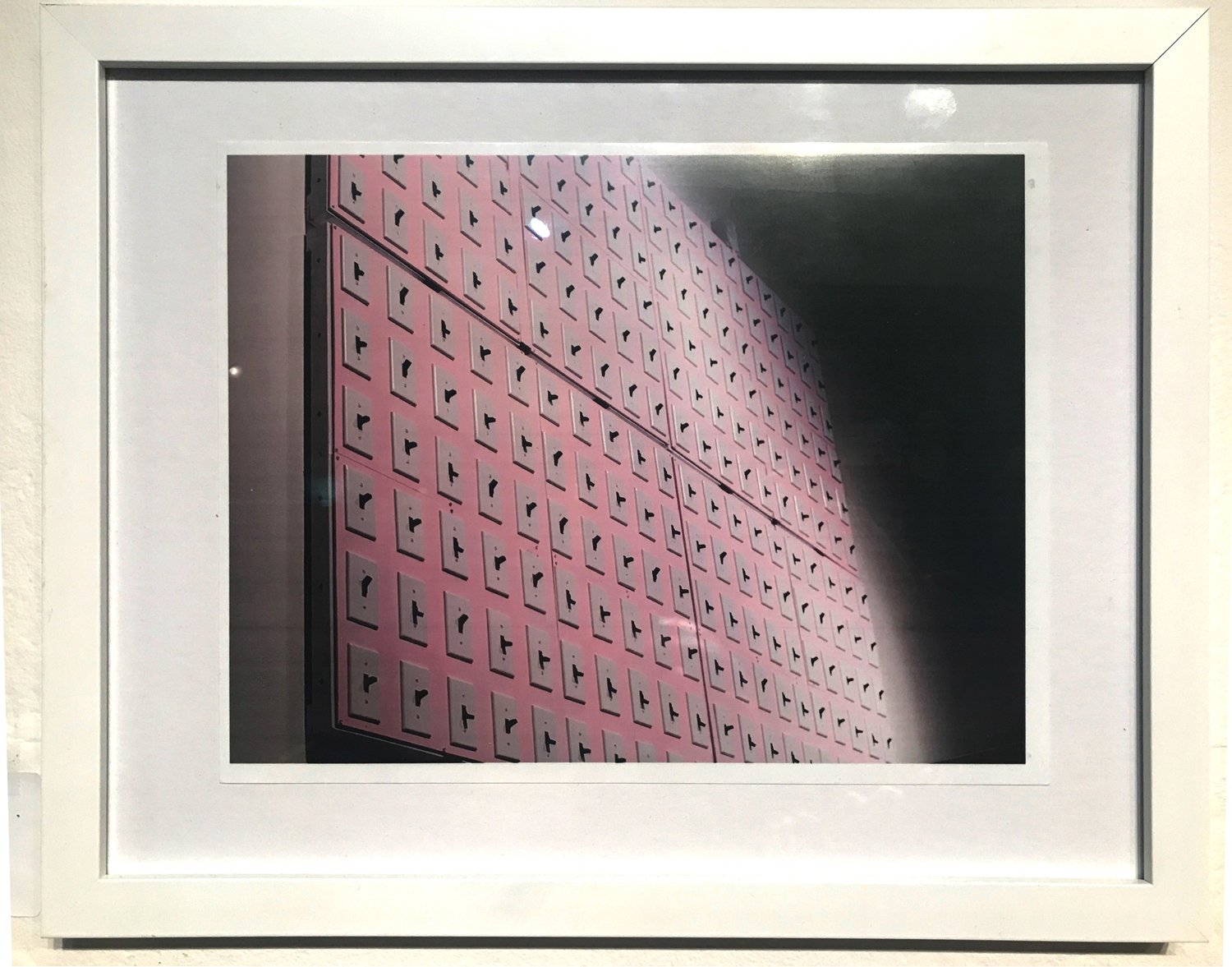 The photograph was taken by the artist Nolan Lem during the exhibition Nolan Lem Invisible Choirs at Pro Arts, Oakland, November 3 to December 3, 2017.

Nolan Lem is an artist and researcher whose work reflects a broad range of influences and mediums. His sound-based work examines issues related to emergent dynamics, psychophysics, and the synchronization of auditory phenomena.

Lem has premiered work at the Hayden Planetarium at the Natural History Museum, Pioneer Works Center for Art and Innovation, Pro Arts Gallery, The Wallach Gallery, Spencer Art Museum, and the NIME (New Interfaces for Musical Expression) Conference among others. He has held residencies at MassMoCA, Pioneer Works, and Signal Culture. He has received commissions from the West Harlem Art Fund, the Hall Center for the Humanities, and the National Science Foundation (NSF). He holds degrees in saxophone performance, Electrical Engineering, and received his MFA at Columbia University where he studied at the Computer Music Center.

Lem is currently a PhD candidate at Stanford University where he studies at the Center for Computer Research in Music and Acoustics (CCRMA) .